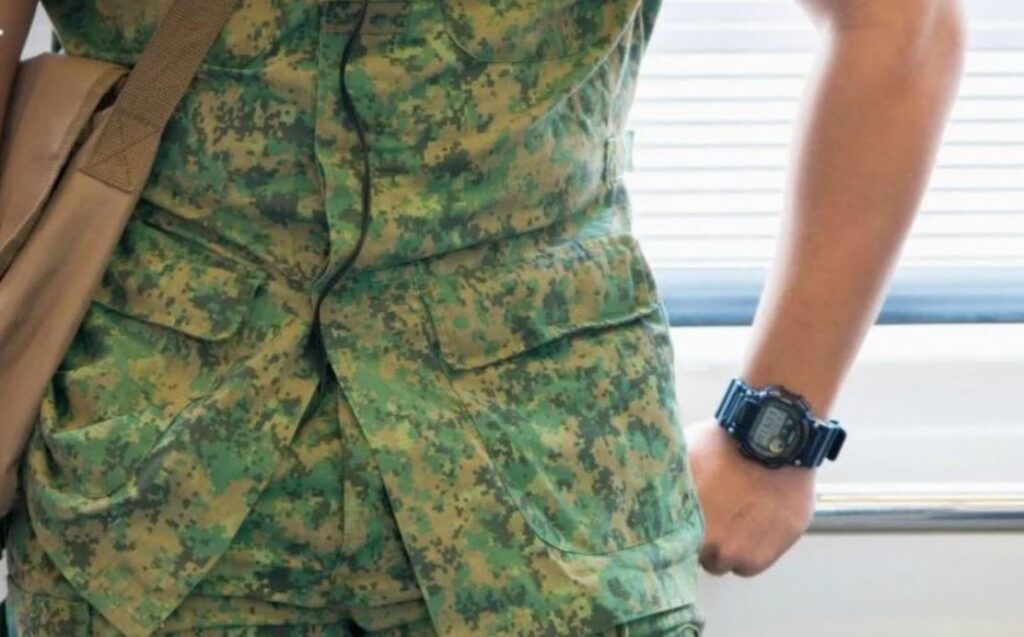 Singapore is one of the handful of countries in the world with a conscript army. Unlike in a professional army where motivated solders sign up for military service voluntarily for various reasons, male Singaporean citizens are bound by duty and law to serve National Service (NS) regardless of their personal inclinations and psychological make up. Naturally, not everyone makes a good soldier. While most young Singaporean males adjust well to National Service, compulsory enlistment to military service can be very stressful for some. About 500 people are exempted annually from military service due to psychiatric conditions, like autism, while others with milder conditions are downgraded to a lower PES status. Some NSFs (full-time National Servicemen) with psychiatric conditions may slip through the screening process during the pre-enlistment checks. Others develop psychological difficulties only after enlistment. The common sources of stress include difficulties adapting to regimentation, restrictions to personal freedoms, interpersonal problems with superiors and peers, and other personal problems which arise during NS.

NS personnel who are in distress usually develop symptoms during the start of a transition period , for eg. during Basic Military Training, advanced training courses or when they get posted to a new unit.
Even when they book out on weekends, they may lose interest in meeting up with friends and become more socially withdrawn at home. Some new enlistees have anticipatory anxiety accompanied with a sense of doom and gloom prior to booking in on Sunday nights. Other symptoms include excessive worrying; feeling sad; loss of appetite; interrupted sleep; getting angry more easily and becoming withdrawn from others. Some enlistees find themselves visiting doctors and A&E departments to get MC to avoid or delay booking into camp. These actions are often untenable and may serve to reinforce their fear towards camp.

Call or WhatsApp for an appointment with our psychiatrists or psychologists to get immediate help with your difficulties in NS. We adopt a respectful and non-judgmental approach in our care. Rest assured that your medical information will be kept confidential. Our information system is not linked to any institute of higher learning, company or public information system.

With support from our mental health team, you can get medication, therapy, MC or medical reports to explain your psychiatric or psychological condition to your superiors and SAF medical officers. Ultimately, we hope to help you fulfil your NS obligations in a meaningful and fruitful way.
BOOK AN APPOINTMENT