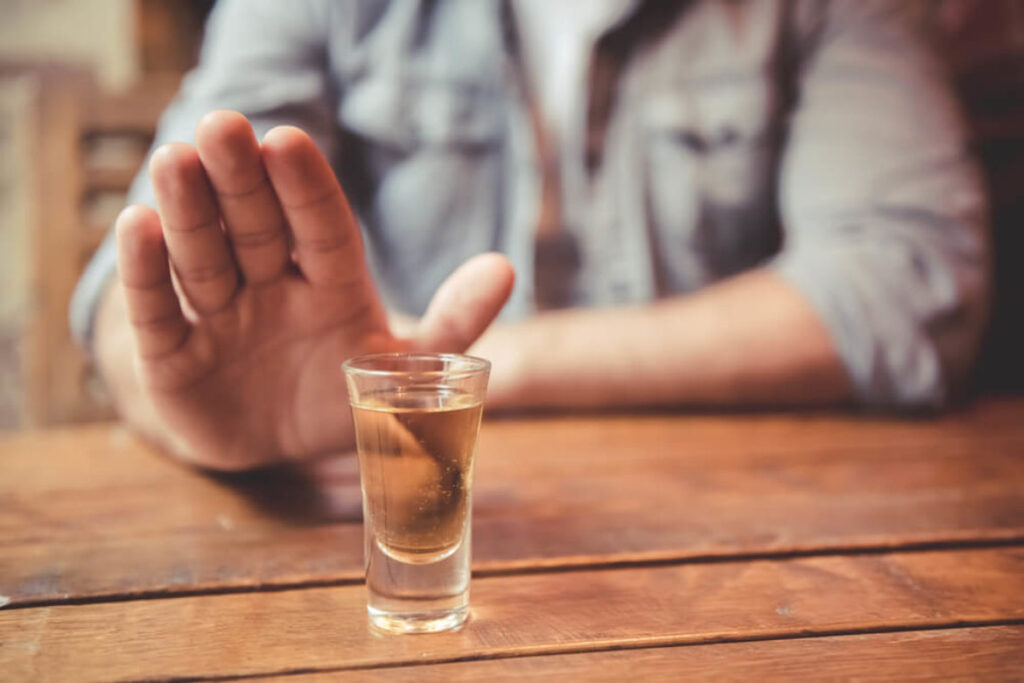 It is common for us to engage in the occasional alcoholic drink, either in a social context or to cope with negative emotions. Most people do not get addicted to alcohol after a couple of drinks, but a significant minority are genetically predisposed to get “hooked” and may fall into a vicious cycle where problems associated with alcohol use leads to negative emotions such as depression, which fuels more drinking. This is when the brain may have been hijacked by alcohol, and an addiction (or dependence) has developed.

There are many types of addictions, though they can be broadly grouped into substance addictions and behavioural addictions. The common theme in all addictions is that they hijack the reward centre of the brain, the nucleus accumbens, and causes the person to lose control over their addiction. Addictions are thus fundamentally a brain disease and are influenced by profound genetic, social and cultural factors.

By far, alcohol use disorder is one of the most commonly diagnosed addiction disorders and it takes an enormous public health toll on society. According to the Singapore Mental Health Study (2011), roughly 3.6% of the local population may suffer from alcohol use disorder to some degree. This translates to a huge number and affects tens of thousands of local families. Globally, alcohol is the most commonly abused substance after nicotine.

The Singapore study also found that those with alcohol use disorder had significantly higher odds of having major depressive disorder, gastric ulcers, lung disease and chronic pain. Yet only one in five had ever sought treatment.

Excessive alcohol use affects every part of the body, literally from head to toe. It leads to many metabolic, gastrointestinal, neurological and psychiatric complications, and ultimately to death.

Complications of alcohol use disorder

Symptoms of alcohol use disorder

Risk factors for alcohol use disorder

Abuse and addiction of illicit drugs are much less common than alcohol addiction, but continues to plague a minority of the population. In Singapore, methamphetamine has become the most commonly abused illicit. The Central Narcotics Bureau estimates that there are almost 4500 amphetamine users in 2019, a steady and rather dramatic increase from below 2000 users in 2015. This is followed by heroin. The following chart is reproduced from the CNB website. 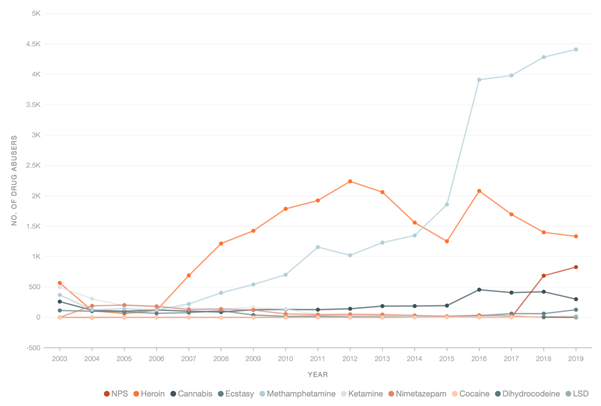 Individuals with an addiction problem fall into a downward spiral, as the addiction wreak havoc to their family and social life, work and finances, physical and mental health. Because their brains are “hijacked” by the addiction, they lose control over their actions and behaviors. They lose sight of what is important in their lives. They lose themselves and are no longer the person they used to be.

With professional help and proper treatment, individuals struggling with addiction have the chance to regain their lost identities, reconnect with loved ones, and reboot their lives. A watchful coach and steadfast guardian angel will prove invaluable and instrumental in the recovery journey, which may be arduous.

The first step towards recovery is to have the courage to seek help. If you suspect that you or a family member is suffering from an addiction, find the strength to seek help early. Call or whatsapp us to arrange a consultation with our psychiatrists or psychologists. Early treatment often translates to better health outcomes.
BOOK AN APPOINTMENT